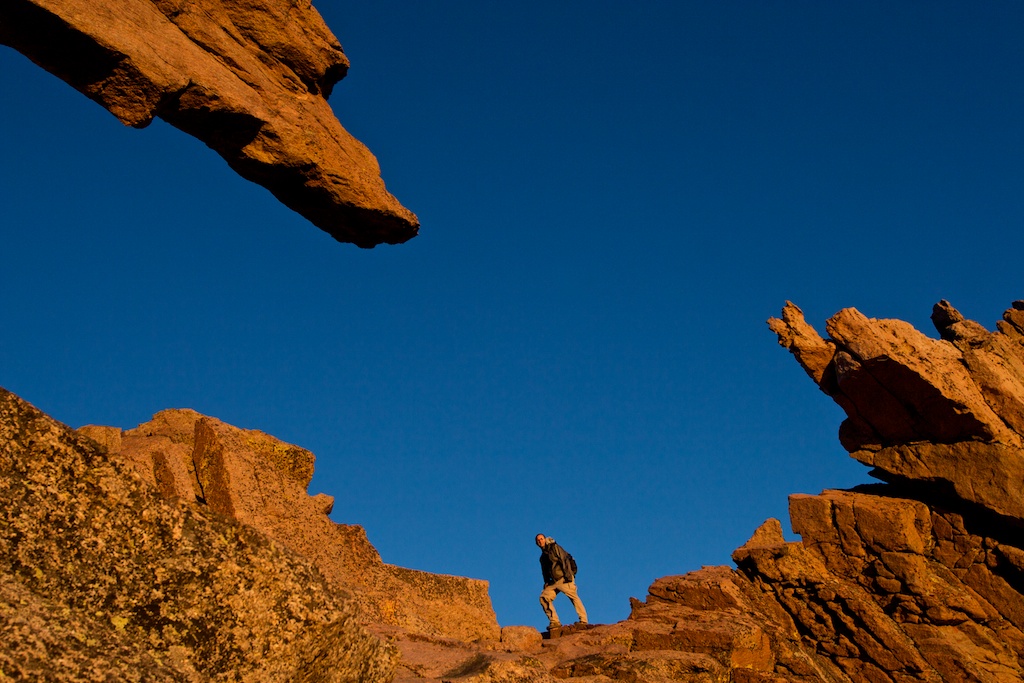 Between the Boulder Field and the precipitous scramble to summit of Longs Peak, there is a notch—rugged and razor-sharp—where the wind charges through like the stampede of wild mustangs on the Plains. It is a transition point in the ascent. Once you’ve crossed it, you are exposed, with almost a mile to climb to the summit, and very little room for error. We climbed through it on our way to the top of Longs Peak two days after we were married. Though we had a small improvised ceremony at the Stanley Hotel in Estes Park, Colorado—just us and immediate family, in a white sundress and a suit, the range of beautiful, remote peaks of the Front Range as our backdrop—in many ways, our climb up Longs Peak was our true ceremonial commitment. It just felt right. It felt authentic. It felt like us.

That notch is called the Keyhole.

Meggan Haller checks out a rainbow after a brief storm dumped dropped some light snow or graupel Friday, Aug. 10, 2007.

Jeff Haller stands in a notch in a ridge on Longs Peak known as the Keyhole en route to the summit Friday, Aug. 10, 2007.