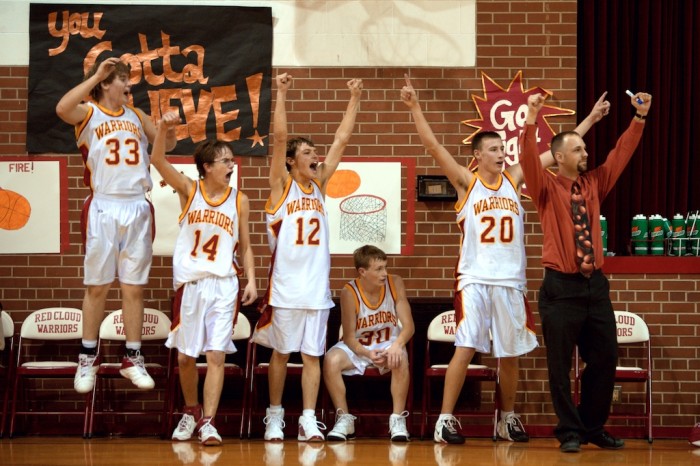 Somewhere in the Middle of America – Big Win. The Red Cloud High School boys basketball team celebrates its first home victory for the season in December after coming off of the state’s longest losing streak of 48 games, which had just been broken at the end of preceding season. “It was a long time coming for these players. They worked hard for it,” said head coach Kevin Daehling. The locker room was an emotional place after the game. “I’ve only cried about five or six times in my life,” he said. “It was tears of joy, tears of joy,” Daehling said.